What Is Load Balancing?

Printer Load Balancing will split the tickets coming in between multiple printers that have been added in printer configuration settings in the owner panel. This can be useful during peak hours and help prevent overloading one or multiple printers that receive a high number of tickets during operating hours.

When a printer or multiple printers are added, it will alternate printing tickets between the number of printers added. For example, if you have 3 printers added to help balance the number of tickets that are coming in, every ticket that comes in will print at one of the added printers; if three tickets come in, each of those tickets will be printed out at a different printer.

It should be noted that any printer that is added for the purpose of load balancing for another printer can not be configured to have menu items routed to it.

First, navigate to the printer configuration settings in the owner panel. 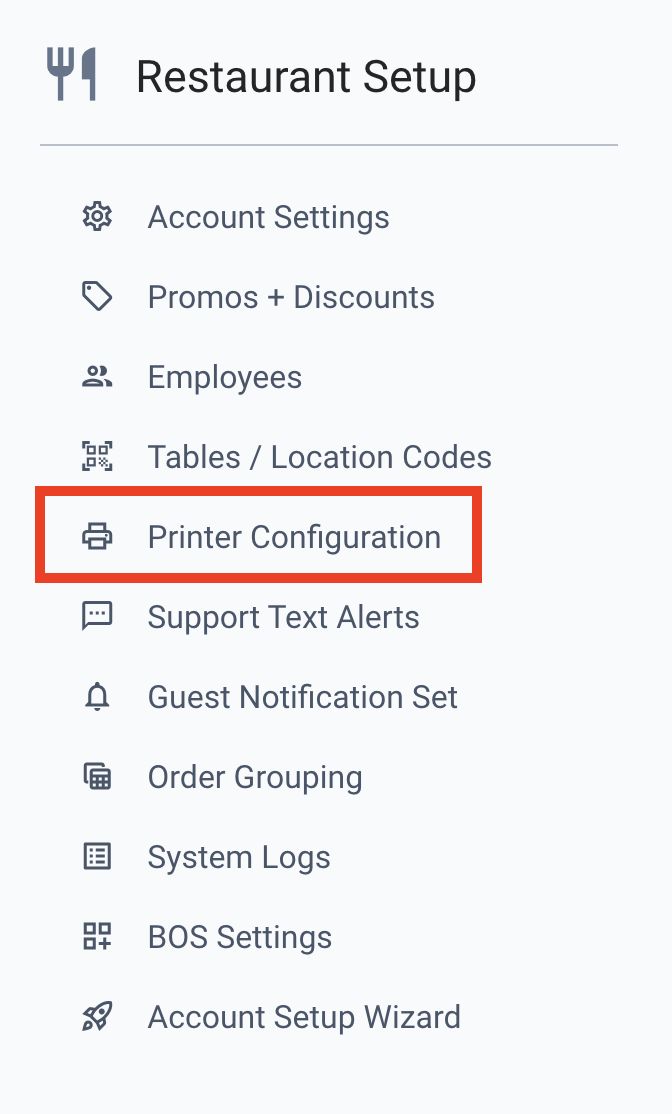 From there, click on the specific printer profile that you would like to have the incoming tickets redistributed to. 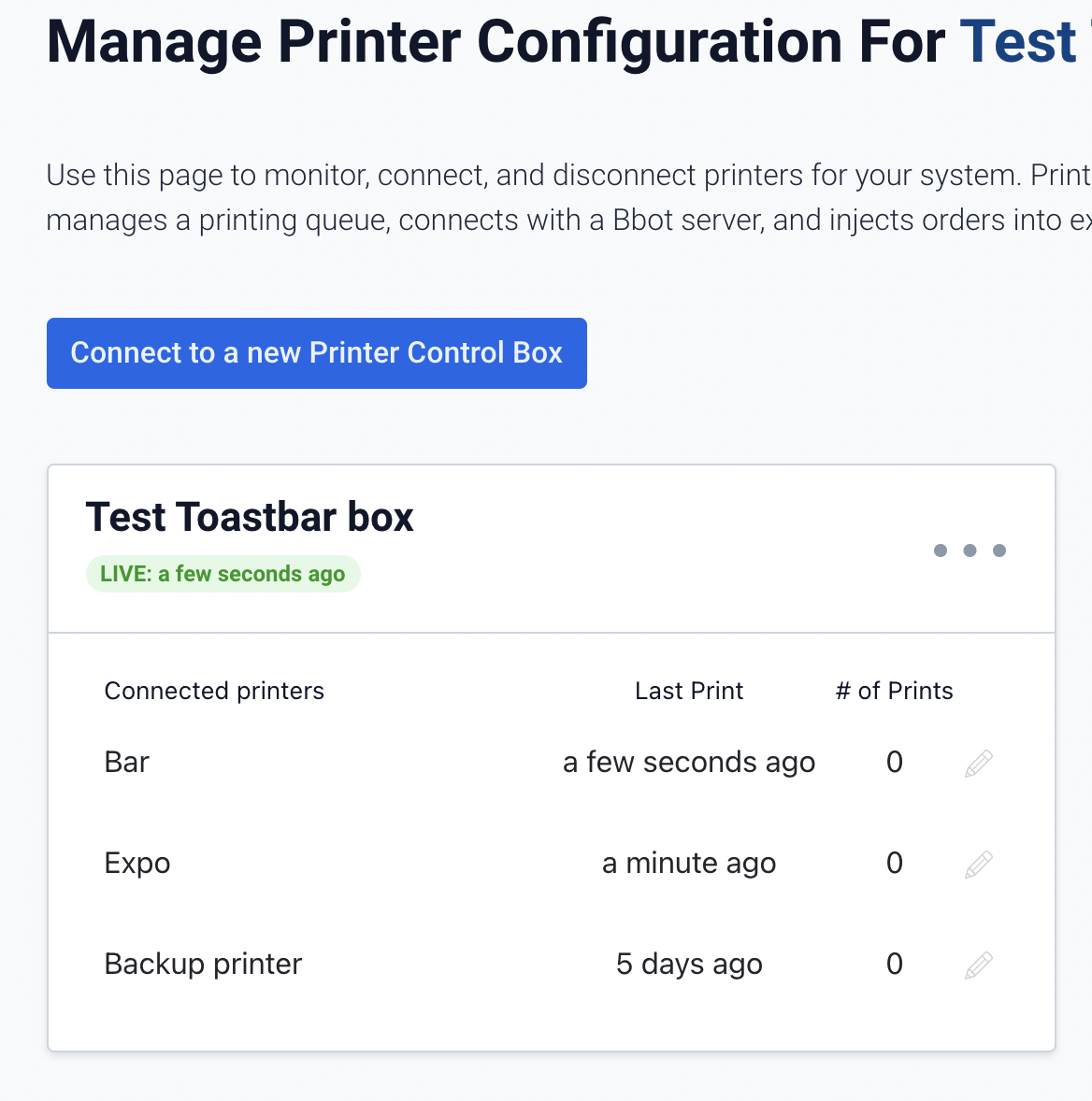 Click the box marked 'This printer only prints tickets for another printer' and you'll be presented with a dropdown menu to select a printer profile to receive tickets from. 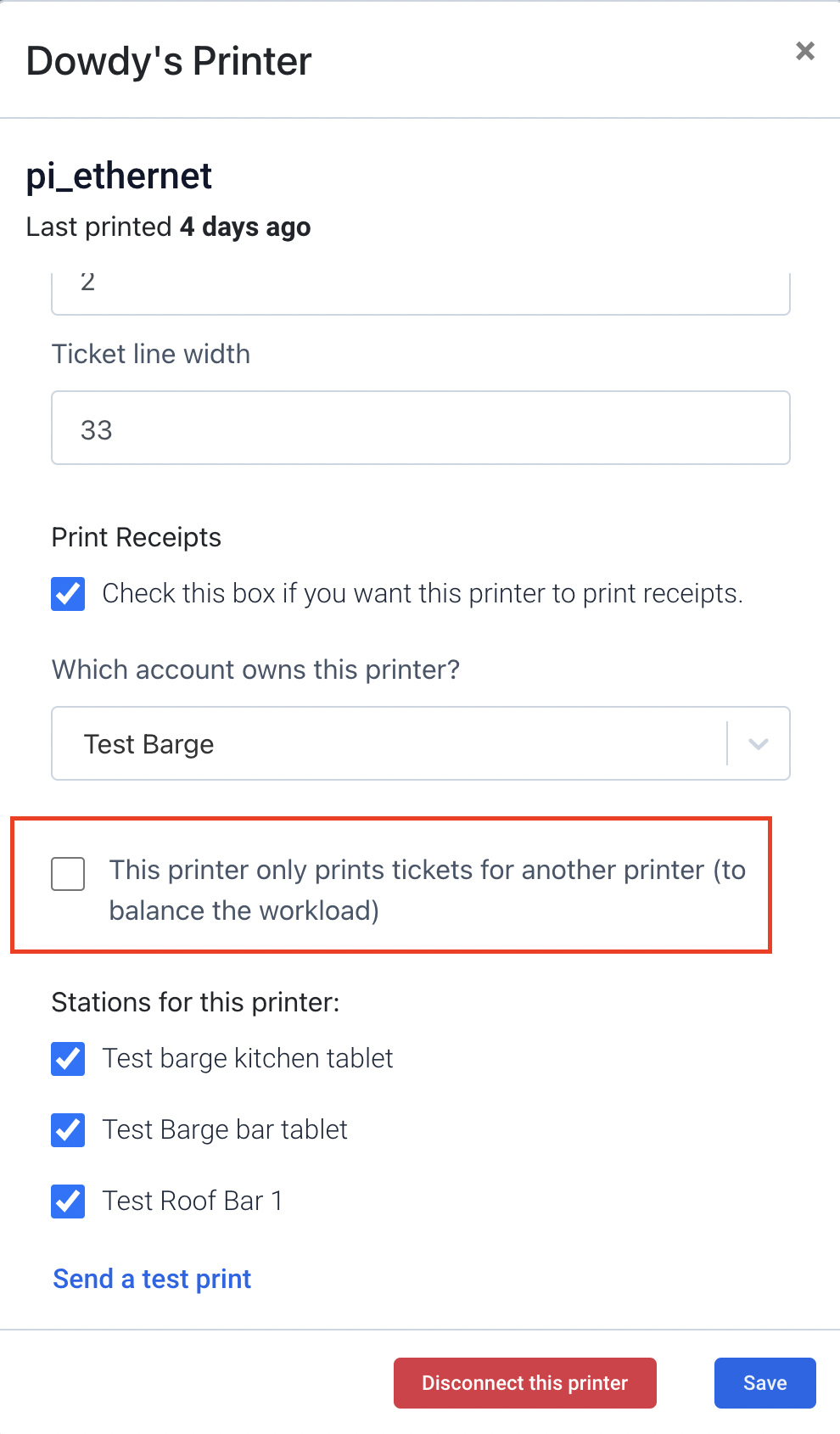 By selecting a printer profile from the dropdown, it assigns that printer as the 'parent', and the printer you're adding it to will become the 'child' to receive a share of the incoming tickets. 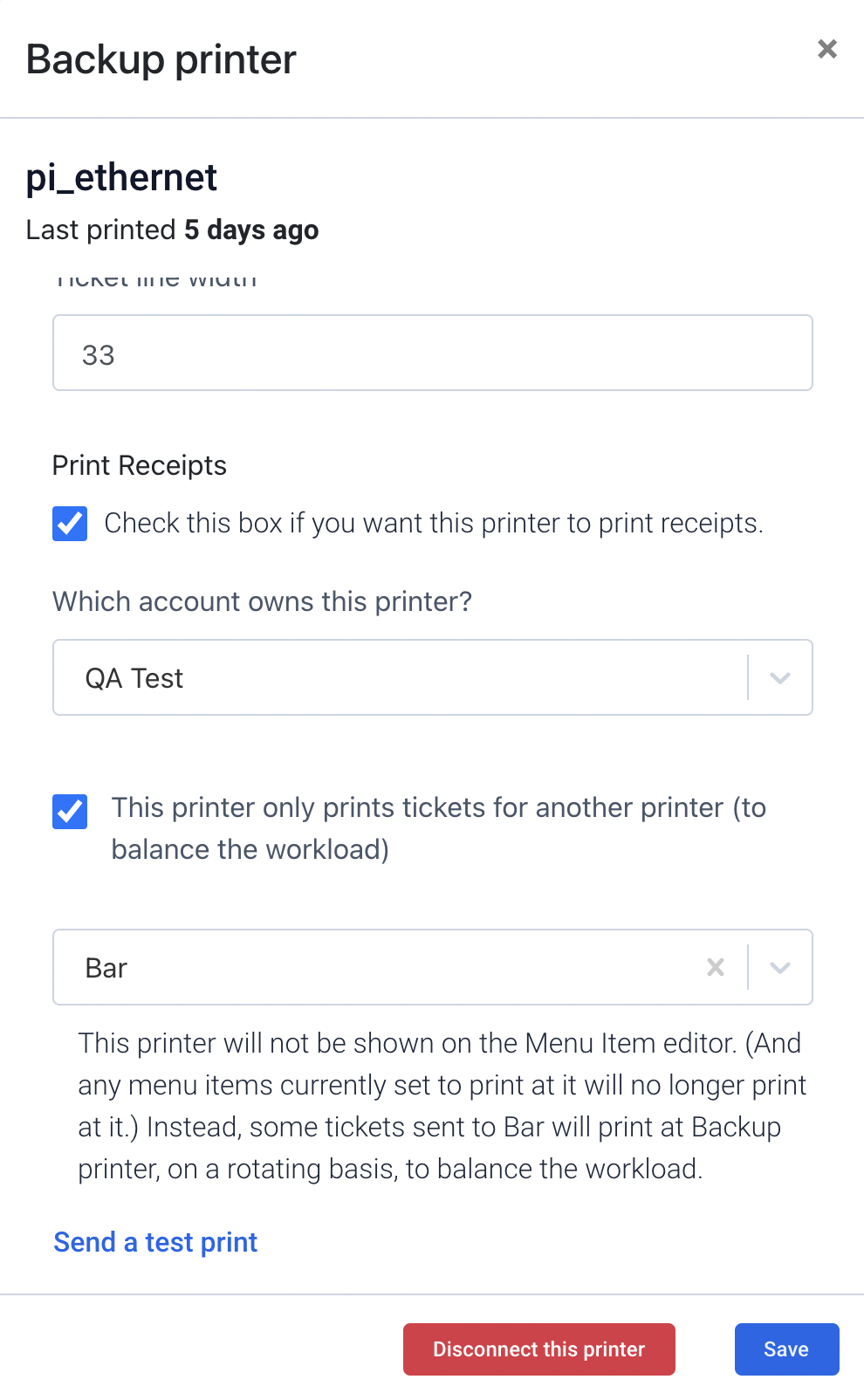 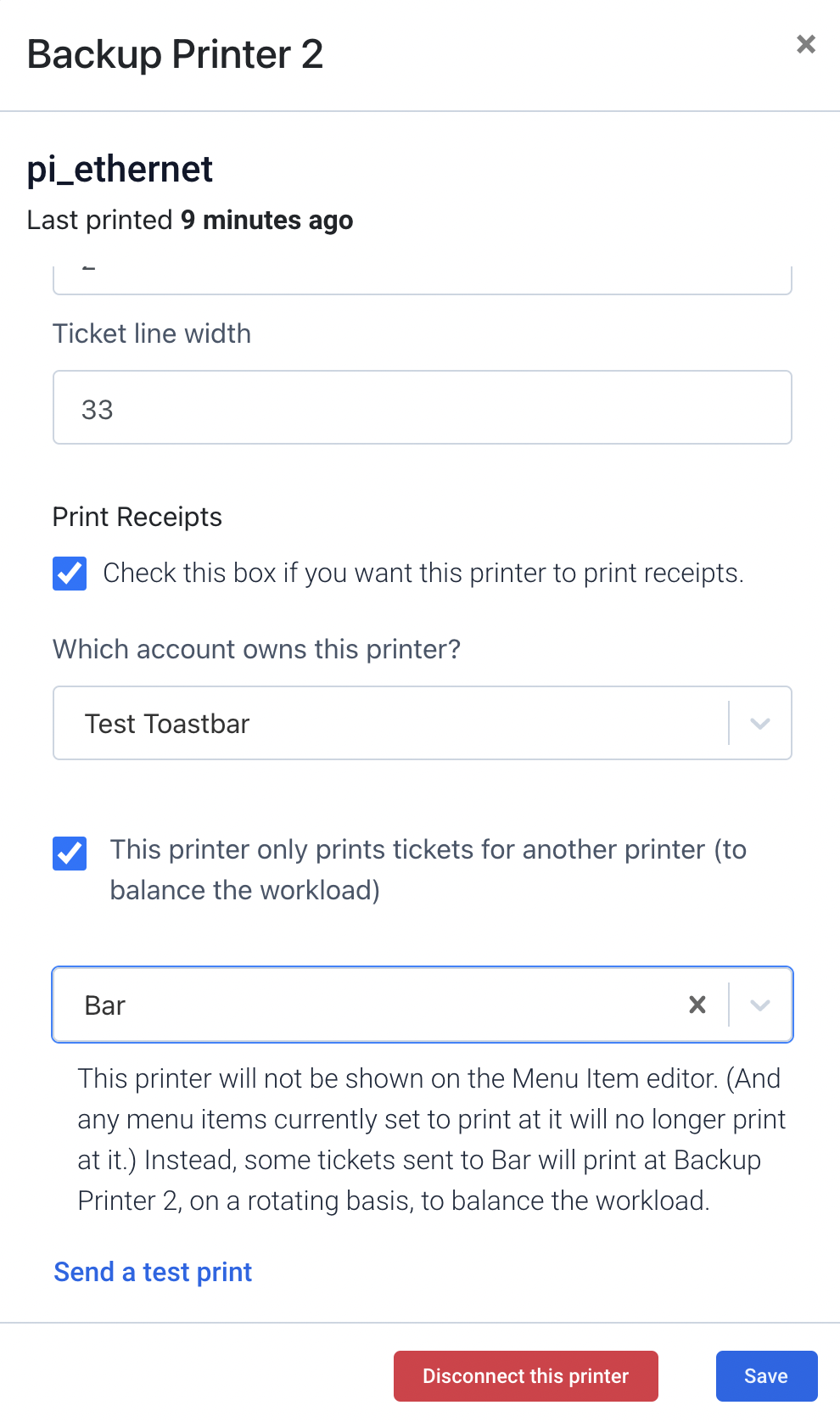